I would like to reintroduce Ivanka Bianca to the world 💚➡🌍

She became an internet celebrity after several of her posts and videos went viral on facebook with over 10million views, from 2018-2019.

She appeared as a regular cast member on the muvi TV reality show series “Beads and Lipsticks – Season 2”, “Date My family Zambia season 3” and she also appeared on a music competition on “Dreams Zambia in 2015” while she qualified to the next rounds by winning a golden ticket but unfortunately turned down the offer for personal reasons. She’s also appeared as the female lead role in numerous music videos.

Ivanka Bianca has been in the studio for the last few weeks working on some ground-breaking music that’s about to blow the whole Zambian/African music scene.

Ivanka Bianca is definately going to be in the Zambian music history books for pioneering a new not Zambian but Zambian sound.

On Monday the 14th of June, she gets to drop a mind blowing video 🔥🔥🔥 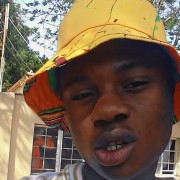